In March 2007, the European Center for Language Studies - Miranta Merkouri participated again in the Pan-Hellenic Essay Competition ¨ONCE UPON AN ANIMAL¨ which was organised by the GREEK ANIMAL WELFARE FUND (GREEK ANIMAL PROTECTION FUND).

In the photographs, our student Maria Paraskevopoulou, of the C’ Regular English class, excelled and was awarded at the ceremony which took place in June at the ¨Divani Caravel¨ Hotel in Athens. 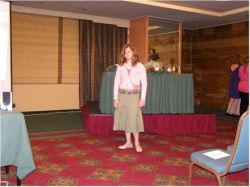 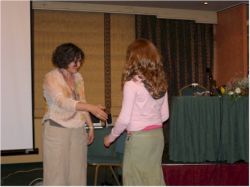