Educational trip to the UK 2009

Educational trip to the UK 2009 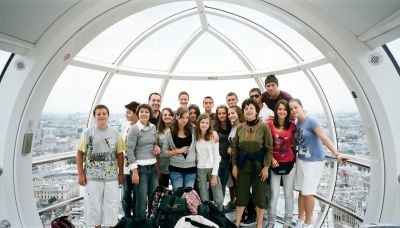 The students of the European Center for Language Studies visited the UK in August 2009 with Mrs. Merkouri as their chaperone and stayed for seven days at the comfortable boarding unit of QUEEN MARY COLLEGE, known for its high-level of education and discipline, in the MILE END district, ten minutes from the center of London.

They visited all the renowned museums of London, enjoyed a cruise on the Thames river, entertained at the well-known CHESSINGTON park just out of London, shopped at OXFORD STREET and COVENT GARDEN market, were enchanted by the latest movie of the HARRY POTTER series (Harry Potter and the Half-blooded Prince) and they participated in the College’s evening entertainment events. The educational trip once again had a high participation rate and great success.

Relative insertions with photographs were in the daily press of Pirgos, Ilias: